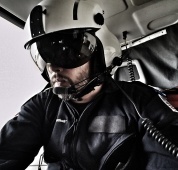 SpecMed has been on a hiatus of late, as both Sam and I have been through some major changes over the past year. In September of 2016 I accepted a position as a flight paramedic with LifeNet of NY, which has been a career-long goal and an undertaking that has been at once challenging, rewarding, and tremendously educational. I have continued on at Livingson County as Operational Medicine lead, and have continued teaching with EMS Plumbline. Physical training has also become a much larger focus, and the past year has seen me compete in two strongman competitions. I feel that strongman training is uniquely suited to the challenges of the tactical medic and will discuss operational fitness in future posts.

Sam has been running on all cylinders as well, and last year accepted a promotion to the position of Chief Paramedic at Livingston County. He has driven positive change at the agency for the past several months and we’re excited for further advances in the level of care offered to the residents of this rural community. He’s also excited to have taken a position with with LifeNet as a flight medic, and started his training last month. We both look forward to bringing you new perspectives from the world of air medical transport.

Look for more to come!