SpecMed is a partnership and project initiated by two paramedics who found themselves at the intersection of several unconventional areas of paramedicine, including intensive care transport, tactical medicine, and prehospital toxicology. We endeavor to share knowledge with the community of specialized prehospital providers and provide a forum for discussion of these topics. We have a particular interest in dynamic and participatory education and plan to move into these realms as the project develops. 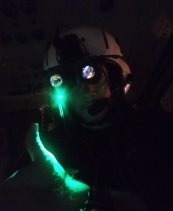 Jim Rooker, NRP, FP-C, AAS is an active flight paramedic and educator, and leads the Operational Medicine team in Livingston County, NY. He has worked with all levels of law enforcement, including city, county, state, and federal teams. He holds a degree in paramedicine from Monroe Community College. Prior to entering the field of emergency services he worked in private security and served as a rifleman in the Marine Corps.

Jim can be contacted at jim@specmed.org.

Sam Tinelli, NRP, is the chief paramedic at Livingston County EMS. Among many other roles, he leads the Specialty Care Transport and tox-medic programs there. He has experience as a flight paramedic and continues to educate the next generation of providers. Before he became a paramedic he served 6 years as a second class petty officer in the United States Navy.

Sam can be contacted at sam@specmed.org. 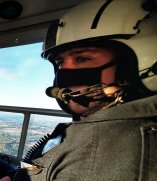 Major Zachary Callahan, USAF, RN, BSN, CEN serves as a Critical Care Air Transport Team member and the lead medical educator at Niagara Air Force Base. In his role with the Air Force, he is charged with training thousands of airmen in the principles of Tactical Combat Casualty Care. He has served as a flight nurse in both the military and civilian roles for several years, and worked as an Emergency Medical Technician prior to advancing into these roles.

Zac can be reached at zac@specmed.org.